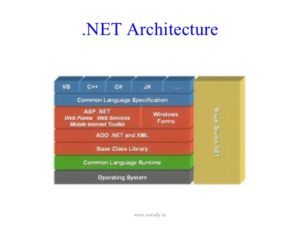 Architecture Of .NET and Its Tools

.NET is tiered, modular, and hierarchal. Each tier of the .NET Framework is a layer of abstraction. .NET languages are the top tier and the most abstracted level. The common language runtime is the bottom tier, the least abstracted, and closest to the native environment. This is important since the common language runtime works closely with the operating environment to manage .NET applications. The .NET Framework is partitioned into modules, each with its own distinct responsibility. Finally, since higher tiers request services only from the lower tiers, .NET is hierarchal.

At the base of the diagram in gray is the operating system, which technically can be any platform but typically is Microsoft Windows 2000 or greater, accessed through the Win32 API (Application Programming Interface).

.NET includes new object-oriented programming languages such as C#, Visual Basic .NET, J# (a Java clone) and Managed C++. These languages, plus other experimental languages like F#, all compile to the Common Language Specification and can work together in the same application.

The FCL is a collection of over 7000 classes and data types that enable .NET applications to read and write files, access databases, process XML, display a graphical user interface, draw graphics, use Web services, etc. The FCL wraps much of the massive, complex Win32 API into more simple .NET objects that can be used by C# and other .NET programming languages.
Common Language Runtime (CLR)

In addition, there are many .NET Framework tools designed to help developers create, configure, deploy, manage and secure .NET applications and components.

What is .NET Framework and its Components?

What is Dot Net Technology and its Features 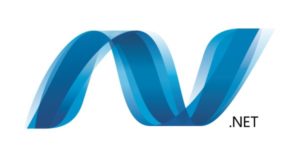