1. What is the difference between an alligator and a crocodile?

Ans: Crocodiles are from the Crocodylidae family while alligators are from the Alligatoride family. Physically, the crocodile has a very long, narrow, V-shaped snout while the alligator?s snout is Ushaped. Another difference is that while the crocodile?s upper and lower jaws are nearly of the same width, an alligator has a wider upper jaw, so when the mouth is closed, the teeth in the lower jaw fit into the sockets of the upper jaw, which are hidden from view. Crocodiles have lighter olive brown colour while alligators appear blackish. Alligators also prefer fresh water while crocodiles like brackish water. 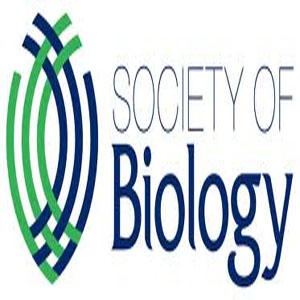 Ans: The frozen zoo is a collection of biological materials from a wide variety of rare and critically endangered species. The biological material is composed of gametes (sperm and oocytes), embryos, tissue samples (cell lines), serum and other items. It represents a genetic bank vault, an archive of irreplaceable genetic information that can be preserved for perhaps hundreds of years. It is stored in specialized holding tanks filled with liquid nitrogen at a temperature of -196 degrees Celsius or -373 degrees Fahrenheit. If a species nears extinction and its genes are lost, some samples can be thawed and by using assisted reproductive techniques, offspring can be produced. The collected gametes in the frozen zoo are also used in the process of artificial insemination, embryo transfer, and invitro fertilization.

3. What is the pH level of a snake?s poison?

Ans: Firstly, a snake has venom and not poison. The pH level of a snake?s venom indicates the concentration level of the poison. The term pH stands for ?potential of hydrogen?. This is the measure of how acidic or alkaline a substance is. Acids have pH values that are under 7 and alkalies have pH values over 7. If a substance has a pH value of 7, it is neutral ? neither acidic nor alkaline.

4. What is medical narcissism?

Ans: Medical narcissism is defined as the need for health professionals not to disclose serious medical errors to their patients for fear of losing credibility and esteem in their eyes.

5. What is the approximate number of species that exist today?

Ans: No one knows exactly the number of species on Earth. There are various estimates ? the most common estimate is between 30 to 50 million based on Erwin?s study of tropical insects (1988, 1997). According to the World Conservation Union report of May 2003, there are 1.5 to 1.8 million named species and a total of about 5 million to 10 million kinds of animals. According to the Society for Conservation Biology, there may be up to 100 million species. Centre for Earth & Environmental Sciences put the figure between 30 to 50 million.

6. What is oxygen toxicity?

Ans: Although oxygen is essential for our survival, breathing it in excess can cause harm to our central nervous system and lungs. The harmful effects caused by oxygen in people breathing it at excessive pressure and for prolonged periods is called oxygen toxicity. Divers breathing from their own gas cylinders and patients in intensive care units of hospitals are susceptible to the above problem, if they violate the safety limits on the pressure of the gas mixture and period of breathing. Some of the symptoms experienced by divers violating the pressure and time norms are dizziness, nausea, twitching and convulsions. Breathing oxygen at excessive pressure for a long time can also damage the lungs, which in turn leads to breathlessness.

7. What are the EDGE species?

Ans: EDGE species refers to animals that are Evolutionarily Distinct and Globally Endangered (hence EDGE). These species are considered to be one of a kind and, as its acronym suggests, are nearing extinction. Hence, scientists are trying to preserve them through a project which will aid conservation efforts. Currently, on the endangered list are 10 creatures, the most well-known being pandas and elephants. Scientists hope to add 100 more species and kick off conservation efforts to preserve them over the next five years.

8. What are blue laws and why they are called so?

Ans: A blue law is enacted by the people of the Dominion of New Haven. These laws in the United States and Canada are designed to enforce moral standards, particularly the observance of Sunday as a day of worship or rest. They came to be known as blue laws because they were supposedly printed on blue paper. Contrary to popular belief, there is no evidence to support this assertion.

9. What?s unique about the insula?

Ans: Insula is the region in the brain that?s considered to be the seat of social emotions such as disgust, pride, humiliation, lust, guilt and atonement. The insula also seems to react to body states such as hunger and craving. Scientists believe it holds the key to tackling addiction of all sorts. People who?ve suffered damage in this prune-sized region of the brain were able to effortlessly give up the smoking habit