1. What is black about the Black Sea?

Ans: The deep water of the Black Sea is supposed to be darker than the water of a normal sea, because the Black Sea has rich concentration of micro algae. Further, the Black Sea was called so in olden times, perhaps because it was very stormy and hence difficult to navigate. It was considered an inhospitable sea because its shores were occupied by barbarians. According to another theory, the Black Sea is called so because it is on the northern side of the Mediterranean Sea, and in ancient times, the colour black was used in the compass to mark north. 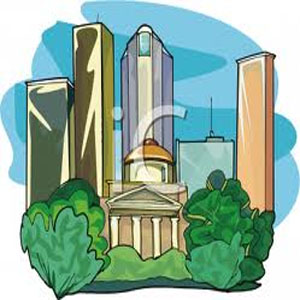 2. What is special about University of Toulouse?

Ans: University of Toulouse is one of the oldest universities of France and is located in Toulouse, a city in Southern France on the banks of the Garonne river. It was founded in 1229 AD as a result of the Paris Treaty marking the end of the battle between the Roman Catholic Church and its opponents. Foulques de Toulouse, the then bishop of Toulouse, played a major role in the setting up of the university. Now, the university has an enrolment exceeding 1,00,000, and is the second largest university in France. The sixteenth century philosopher and astronomer Bruno and the Chemistry Nobel Laureate Sabatier, and the artist Dulac were some of its most illustrious faculty members.

3. What?s special about the Kew Gardens?

Ans: Kew Gardens in Thames, London, is best known for being the home of the Royal Botanical Gardens (now a world heritage site). Other points of interest include the Kew Palace and the National Archives (previously known as the Public Records Office). The Kew Gardens is special because it is an important international botanical research and education institution with a staff of over 700 people.

Ans: Doge of Venice was the highest official of the Republic of Venice from the 8th to 18th century. It originated when the city was subject to the Byzantine Empire and became permanent in the 8th century. The doge was chosen from the ruling families and held office for life. He held extensive power, as seen by the rule of Enrico Donaldo (1192-1205), though from the 12th century, the aristocracy placed limits on the doge?s authority. Under Frencesco Foscari (1427-57), Venice undertook the first conquest of the Italian mainland. The last doge was deposed when Napoleon conquered northern Italy in 1797.

Ans: The City of Swans is a local government area of Western Australia. It is located in Perth?s northeastern metropolitan region and the Swan Valley, centered approximately 20 km north-east of the Perth central business district.

The city of Lakeland Florida is called the ?city of swans?. The many lakes in Lakeland are graced by white mute swans descended from a pair donated by England?s Queen Elizabeth in 1957. The city?s original swan population is thought to have originated as pets of lakefront residents around 1923.

6. What?s the island of Arezou?

Ans: Iran is developing the island of Arezou as a tourist destination exclusively for women. This island on Oroumiyeh Lake in the northwestern part of Iran will completely be a male-free zone. All facilities on this island will be manned by women. The initiative has even received the clearance of the Ayatollah Ali Khamenei?s provincial representative. Incidentally, Iran has segregated parts of its northern and southern beaches as women-only zones. The country even has women only parks.

7. What went into the making of the largest fondue at Rockefeller Centre in New York?

Ans: The world?s largest fondue was prepared on February 28, 2007 under the supervision of Chef Terrance Brennan, owner of the Artisanal Cheese Center in New York. The fondue weighed 2100 lbs. Its major ingredients were 1190 lbs of Gruyere cheese from Wisconsin, 120 lbs of white wine and some spices. It was prepared in a 220-year-old 2-ton cast iron kettle brought from Louisiana.

8. What is the Paris Basin?

Ans: It is the region of France constituting the lowland area around Paris. Geologically, it is the centre of a structural depression that extends between the ancient Armorican Massif (west), the Massif Central (south), the Vosges, Ardennes, and Rhineland (east). The area, which forms the heartland of France, is drained largely by the Seine and its major tributaries converge in Paris. The natural vegetation of the basin has been almost entirely lost to civilisation, except for a few relict forests

9. What are BRIC countries?

Ans: The term refers to Brazil, Russia, India and China, which economists feel will be the world economy?s building blocks. It was first used in a 2003 thesis of Goldman Sachs Investment Bank. The economies of the BRIC countries are fast developing and according to the thesis, these countries are likely to overtake the current richest countries by 2050.

Ans: Atlas is the term used to refer to a collection of maps, printed in a set order: world map, maps of the continents, each followed by maps of the several regions within that continent, and with an alphabetical gazetteer or list of place names, giving coordinates for various places, rivers, regions etc. The first use of the term atlas dates back to 1595 with the publication in Duisburg of the Atlas Sive Cosmographicae Meditationes de Fabrica Mundi Et Fabricati Figura by Gerard Mercator (1512-94). It was named after King Atlas, a mythical King of Mauretania in Libya, who was, according to legend, a wise philosopher, mathematician and astronomer and who supposedly made the first celestial globe. However, the more widely known Atlas is a figure from Greek mythology. He is the son of the Titan Iapetus and Clymene (or Asia), and brother of Prometheus. Atlas was punished by Zeus and made to bear the weight of the heavens and Earth on his back.

Indian Cities Situated on the Bank of Rivers

Nick Names of Places in India