Time is a great teacher, but unfortunately it kills all its pupils?

Girls are like phones. We love to be held, talked too but if you press the wrong button you?ll be disconnected! 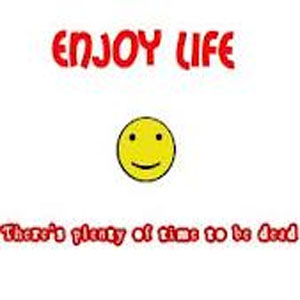 The average woman would rather have beauty than brains, because the average man can see well than he can think.

A friend doesn?t go on a diet because you are fat.
Erma Bombeck

Any girl can be glamorous. All you have to do is stand still and look stupid.
Hedy Lamarr

Don?t stay in bed, unless you can make money in bed.
George Burns

A man can be short and dumpy and getting bald but if he has fire, women will like him. Mae West

All women become like their mothers. That is their tragedy. No man does. That?s his. Oscar Wilde

? Men only have two faults?.What they do, and what they say! ? Anonymous

? Love is a mutual self-giving which ends in self-recovery. ? Fulton J. Sheen

? When we got married I told my wife ?If you leave me, I?m going with you.
And she never did. ? James Fineous McBride

? You have to walk carefully in the beginning of love; the running across fields into

your lover?s arms can only come later when you?re sure they won?t laugh if you trip.
? Jonathan Carroll

? A man falls in love through his eyes, a woman through her ears? ?Woodrow Wyatt

? Friendship is like peeing on yourself: everyone can see it, but only you get the warm feeling that it brings.

? . ?A true friend is someone who thinks that you are a good egg even though he knows that you are slightly cracked.? ~ Bernard Meltzer

? ?Friendship is born at that moment when one person says to another, ?What! You too?

? You can always tell a real friend: when you?ve made a fool of yourself he doesn?t

? Life is like an onion; you peel off one layer at a time and sometimes you weep.

? Everything has been figured out, except how to live

? Life is like a game of poker: If you don?t put any in the pot, there won?t be any to take out.

? Half our life is spent trying to find something to do with the time we have rushed through life trying to save.

? Life is not so bad if you have plenty of luck, a good physique and not too much imagination.

? Life? is like a grapefruit. It?s orange and squishy, and has a few pips in it, and some folks have half a one for breakfast.

? Life is full of misery, loneliness, and suffering ? and it?s all over much too soon.