Ans: Although the origins of the postal system date back to antiquity, the British Postal Museum claims the oldest functioning post office in the world is on High Street in Sanquhar, Scotland. According to the museum, this post office has functioned continuously since 1712 AD. Sanquhar is a quiet, insignificant town, but in its heyday, its residents included many influential aristocrats, who must have played a significant role in having the first post office located there. Those days, horses and stage coaches would carry mail.

2. Which is the world?s first courier service?

Ans: Overseas Courier Service, the world?s first courier service providing firm, was established in 1957 by a consortium of major newspaper publishers in Tokyo as a global, overnight delivery system for time-sensitive business publications. It was the first such private international network, dedicated entirely to overseas air-speed shipping.

Ans: Paper currency was introduced by the Chinese around 600 A.D. Back then, the Chinese would string copper coins together and carry them around. As the economy grew, people found it difficult to carry too many coins and paper money was introduced as an alternative.

4. When was the first fashion show held in the world?

Ans: The history of fashion shows remains vague. In the 1800s, ?fashion parades? periodically took place in Paris couture salons. American retailers imported the concept of the fashion show in the early 1900s. The first American fashion show is likely to have taken place in 1903 in the New York City store Ehrlich Brothers

5. Which is the world?s first zoo?

Ans: Shulgi, the ruler of Ur (now South-East Iraq) made the first known collection of animals in 2400 B.C. But it was not a public zoo. The first real zoo was established by Queen Hatshepsut in 1500 B.C. in Egypt by collecting animals from all over Africa. Later, Emperor Wen Wang of China built a zoo to show his wealth and power. Spread over 1,500 acres, it had animals from all over his empire and was named the Garden of Intelligence. Today, the oldest zoo in existence was built in Vienna by Emperor Franz Josef for his wife in 1752.

6. Which is the world?s first SEZ?

Ans: A Special Economic Zone (SEZ) is a region that has economic laws that are more liberal than a country?s typical economic laws. The goal of an SEZ is to increase foreign investment. One of the earliest and the most famous SEZs was founded by the government of the People?s Republic of China under Deng Xiaoping in the early 1980s. The most successful SEZ in China is in Shenzhen. Following this example, SEZs have been established in several countries, including Brazil, India, Iran, Jordan, Kazakhstan, Pakistan, the Philippines, Poland, Russia, and Ukraine.

7. Which is the world’s first air show?

8. Which is the smallest living amphibian?

Ans: At just over 9.6-9.8 mm in length, the Monte Iberia Eleuth (Eleutherodactylus Iberia) is the smallest living amphibian in the northern hemisphere. It is the second-smallest frog (and tetra pod) in the world, following the Brazilian Gold Frog. It was first discovered in 1996 on Mount Iberia, from which the animal gets its name, and exists in only two small regions of Cuba. Much remains unknown about this small creature.

9. Which is the biggest sand sculpture?

Ans: Gerry K Kirk and his team are world renowned sand sculptors who have carved their creations at special events and sand sculpting competitions throughout the US, Europe and Asia. The team has established four world records for the largest sand sculpture and the tallest sand sculpture, which are documented by the Guinness Book of World Records. 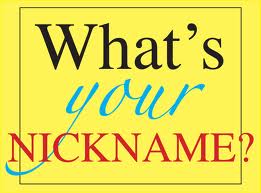