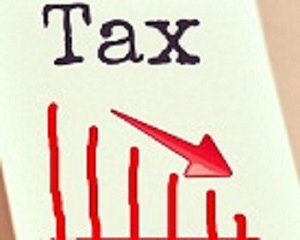 Government of India proposed relief for individuals, companies that pay minimum alternate tax. (MAT to be computed on the basis of book profits) and entities using the provisions of the double taxation avoidance agreements in the revised draft of the Direct Taxes Code.

The New Income Tax Code where the new slab of 10 % tax upto 10 lakhs income is not an attractive proposal.

To understand about Direct Tax code, India wants to modernize its direct tax laws, mainly its income tax act which is nearly fifty years old.? So government wants a modern tax code in step with the needs of an economy which is the third largest economy in ASIA. The budget has estimated about USD 92 Billion in direct Tax receipts for the year that ends in March 2011.

According to new tax code the Tax Slabs are

2. Interest paid on Housing loan is not exempted.

4. EPF, Leave encashment and gratuity when u retire are taxable

6. Buying or selling of securities by FIIs to be charged capital gains.

7. FIIs not to be subjected to TDS will pay advance tax

According to new proposed tax code there will be more burden on some foreign institutional investors (FIIs), as the revised draft said any income arising through sale and purchase of securities will be taxed under capital gains. At present, it is treated as Business income of a foreign company and exempted from tax.

In a bid to check tax avoidance, the government of India also proposed to tax profits of overseas subsidiaries of Indian companies ? whether distributed or not by way of dividend in India. In addition, it has addressed some of the concerns on foreign companies that are not residents of India.

Non-profit organizations can draw some comfort as income from public religious activities will be exempt from tax if they fulfill certain conditions.

Due to this new Direct Tax Code choices are that U will pay more tax when u earn and u will pay tax again when u retire.One of the key aims of the new tax code is to provide a system which takes into account increased cross border mergers and acquisitions by Indian corporates over the last few years. The new code is also expected to streamline tax rates and administration for foreign institutional investors, for whom India is a top destination.

The limit for tax exemption for salaried people is Rs 2 Lakhs, where as for senior citizens the limit is upto 2.5 lakhs. Corporate tax has been kept at 30 %.

The government plans to implement DTC from April 2011.