1. What material was used to wrap mummies?

Ans: Ancient texts state that a complete mummy treatment required 70 days. Embalmers removed the brain through the nostril by using a hook. They removed the internal organs, except the heart and kidneys, through an incision like the ones made by surgeons. They usually filled the empty abdomen with linen pads, and sometimes with sawdust. Then they placed the body in natron (sodium carbonate) till the tissues were dried out. Finally they wrapped the body carefully in many layers of linen bandages and placed it in a coffin. 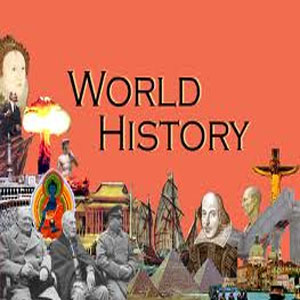 2. What was the Dutch Tulip craze?

Ans: After the introduction of tulips into Europe from Turkey in 1554, they became objects of wild financial speculation in 17th century Holland. By the 1630s, the tulip-growing frenzy grew into the Dutch Tulip craze or the tulip-mania. A single tulip bulb sometimes cost a whopping 4,500 guilders (the price then of a large house plus a horse and carriage). After many went bankrupt, the crisis was ended by government regulation and a major market crash.

3. What are Milankovitch cycles?

Ans: The Pleistocene period in earth history, 1.8 million years to about 10,000 years ago, witnessed profound changes in the earth?s climate characterised by repeated glacial and interglacial events. There were as many as 30 glacial intervals during this period. Milutin Milankovitch, a Serbian astronomer and mathematician, calculated in the early 1930s that the orbital parameters of the earth changed with frequencies of roughly 1,000,00 to 20,000 years. These were responsible for variations in the amount of solar radiation received on the surface thus causing glacial interglacial climatic changes. The exploration of the ocean floor since the 1960s has indeed identified the above periodicities and proved Milankovitvh right.

4. What is the origin of the term ?Hollywood??

Ans: Hollywood is a district of Los Angeles. Due to its fame and identity as a major centre of movie studios and stars, ?Hollywood? is often used to refer to the American motion picture industry. It was coined by Daeida Wilcox, who met a woman who spoke of her country home in Ohio named after a Dutch settlement called Hollywood. She bestowed the name to the family ranch in Southern California. Harvey Wilcox, Daeida?s husband, drew up a grid map for a town which he filed with the county recorder?s office on February 1, 1887, the first official appearance of the name ?Hollywood?.

5. What is the Doomsday Clock?

Ans: During the Cold War in 1947, the Bulletin of Atomic Scientists in the University of Chicago (US) came up with the Doomsday Clock. The midnight in the clock represents destruction by nuclear weapons (Doomsday). The number of minutes left before midnight represent the amount of nuclear threat or the proximity to Doomsday. The clock was initially set at 7 minutes to midnight and has been updated from time to time based on the degree of nuclear threat in the world. It was last updated (moved 2 minutes closer to midnight) on January 17 and is currently set at 5 minutes to midnight.

Ans: A sniglet is a word that should be in the dictionary but isn?t. Sniglets are the brainchild of comedian Rich Hall who, with a little help from his friends, wrote a series of books containing sniglets in the mid-1980s. Sniglets are actually a long-running popular joke in which people make up their own humorous words to define things or concepts that have no ?official? definitions.

8. What is gravel culture?

Ans: Gravel culture is a kind of hydroponic culture (a method where plants are grown without soil for experimental and hobby purposes). Here, pea-sized gravel supports and distributes the root system. This coarse gravel allows a nutrient solution to flow down a slope or to seep from a surface drip and filter down through the roots. When the nutrients flow back into the container, they can be recirculated; otherwise, they are replenished weekly. This cycle maximizes both nutrient delivery and aeration to the roots.

9. What is the difference between a fresco and a mural?

Ans: A mural is any large painting on a wall, ceiling or any other large structure. There are many techniques used to make them. A fresco, executed using water-soluble paints on wet or dry limestone, is one of the techniques and probably the most popular. A primary characteristic of a fresco is that the paintings, though often done in parts, are generally related by a common thread. For example, the frescoes on the walls and ceilings of Ajanta caves in India (6th century) depict the Jataka tales ? stories from Buddha?s life.

Ans: Tachyons (a Greek word meaning swift) are hypothetical particles which travel with a velocity greater than the speed of light in vacuum (or superluminal velocity) and represent the instability of the system. The first description of tachyons was given by German physicist Arnold Sommerfeld. But George Sudarshan, Olexa-Myron Bilaniuk and Gerald Feinberg (who originally coined the term) in the 1960s advanced a theoretical framework for their study. In terms of Einstein?s special relativity theory, these particles have space-like four momentum (momentum in four-dimensional coordinate system) and imaginary proper time. These particles generate Cherenkov radiation (the light equivalent of a sonic boom) when they cross the light barrier. However, according to special relativity such particles don?t exist in reality and even if they did they wouldn?t be able to transmit information or signals.