1. What is the origin of the seven swaras of Indian classical music?

Ans:? The notes, or swaras, of Indian music are shadjam (sa), rishabham (re or ri), gandharam (ga), madhyamam (ma), panchamam (pa), dhaivatam (dha or da) and nishadam (ni). Each shuddha swara is traditionally known to have originated from the sound of different animals, and some have additional meanings of their own. Each swara is associated with one of the seven chakras of the body. Sa is associated with the sound of the peacock; Re, the bull/skylark; Ga, the goat; Ma, the dove/heron; Pa, the cuckoo/ nightingale; Dha, the horse and Ni, the elephant. 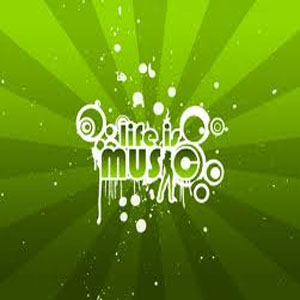 Ans: It is a musical instrument with a loud, shrill sound that?s audible miles away. It is used to attract attention at circuses and fairs. It was invented in the United States around 1850 by A S Denny and patented in 1855 by Joshua C Stoddard. It consists of a boiler which forces steam through a set of whistle pipes. Either a keyboard or a pinned cylinder (like that of a barrel organ or music box) controls the entry of steam into the pipes

Calliope was one of the nine muses in Greek mythology. Her name means beautiful voiced and she was the daughter of Zeus (God of sky and thunder) and Mnemosyne (Goddess of memory). She is the muse of epic poetry and eloquence. She was the oldest and wisest of the muses as well as the most assertive. She is often represented as a stately young woman whose brow is crowned with gold, while in some legends, she is seen with a writing tablet, scroll, or book in her hand and wearing a gold crown. She is best known as the inspiration for Homer?s Iliad and the Odyssey.

3. What is the difference between a subwoofer and a woofer?

Ans: There are no stark differences between these two speaker systems as both are used to reproduce low frequency sound notes. Subwoofers are designed to reproduce a band of frequencies below 30Hz level and woofers produce sounds above it. At times, the bands may overlap. The smallest diaphragm of a decent halfway woofer is 8 inches, in a subwoofer it is 12 inches.

4. What does cymatics refer to?

Ans: Also known as Chladni Patterns, cymatics is an ancient system of music. It was in the news recently when the father-son duo Thomas Mitchell and Stuart Mitchell were intrigued by the symbols carved in the arches of the 15th century Rosslyn Chapel (of Dan Brown?s ?Da Vinci Code? fame) in Scotland. The duo did some sleuthing of their own which led them to the Chladni Patterns, formed by sound waves at specific pitches.

5. What is the origin of jazz music?

Ans: Jazz originated among the Black people in New Orleans in the late 19th century and is characterized by syncopated rhythms and improvisation. It has since developed various styles. Jazz originally drew on Ragtime, Gospel, Black spiritual songs, West African rhythms, and European harmonies. The term jazz originated in southern United States (it is first recorded in 1909, applied to a type of ragtime dance), and it is tempting to speculate that its ancestor crossed the Atlantic on the slave ships from Africa. In the absence of any certain origin, various colorful alternative theories have been put forward, for instance, the name jazz came from the nickname of a certain Jasbo Brown, an itinerant musician along the banks of the Mississippi

6. Which is the longest song?

Ans: The ?Long player? is a 1000 yearlong piece of music which started to play on January 1, 2000 and will continue to play, without repetition, until December 31, 2999, when it will come back to the point at which it began, and begin again. ?Long player? could be heard in the relaxation zone of the Millennium Dome in London during its opening in 2000.