Skip to content
GK Tips
November 17, 2010March 9, 2012 hari.babu seo.trainer Politics GK, questions and answers on Politics, What is Aristotle’s political cycle, What is domino theory, Which is the oldest political party in the world

1. What is Aristotle?s political cycle? 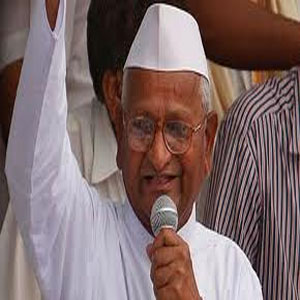 2. What is domino theory?

Ans: ??? Domino theory says that if one nation comes under Communist control, then neighbouring nations will also come under Communist control and the theory believes that one event will set off a train of similar events, like dominoes falling in a line. The analogy, first applied (1954) to Southeast Asia by President Dwight Eisenhower, was adopted in the 1960s by supporters of the US role in the Vietnam War. The theory was revived in the 1980s to characterise the threat perceived from leftist unrest in Central America.

3. What is the difference between Marxism and Socialism?

Ans: Socialism is a modern doctrine and is Western in origin, emerging with the development of industrial capitalism at the start of the nineteenth century. Socialism denotes a broad system of ideas. Marxism is a materialistic conception of history which seeks to explain the development of all societies and furthermore, make predictions about future social change. Marxists consider the material world, nature and society as constantly moving. Whereas, the socialists emphasize the organic unity of society. Marxists consider the material world as an integrated whole in which all things and phenomena are interconnected and interdependent. Whereas, socialists believe in equality and abolition of private enterprise. Marxism provides a scientific explanation of nature and society and hence, was a powerful instrument for revolutionary transformation. The society envisaged by socialists rests on certain values: redistribution of wealth to get rid of inequality, cooperative production to get rid of selfish competitors and new patterns of work and education to promote the growth of well-rounded individuals.

4. What is red corner notice?

Ans: ??? Certain requests used by Interpol are sent in the forms of notices. The colour of each notice determines the type of information being sent or received by Interpol and its members. A red corner notice is issued at the request of a country?s law enforcement authority. The requesting country asks for a red notice to be issued when a criminal evades arrest and escapes from the country.

5. Which is the oldest political party in the world?

6. Why Communists are called ?reds??

Ans: ??? ?Red? refers to the blood shed by the working class in its struggle against capitalism. The identification of Communism with ?Socialist? red (with the red flag being the primary colour of the flag of the Soviet Union) and the red star being a Communist emblem led to such Cold War phrases as ?the Red Menace? and ?Red China?.