Skip to content
GK Tips
November 17, 2010March 9, 2012 hari.babu seo.trainer Psychology, questions and answers on Psychology, What is food neophobia, What is the lek paradox, What is the phobia of aliens called

1. What is the lek paradox? 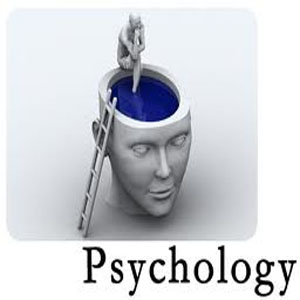 2. What does Life Shirt refer to?

Ans: It is a vest that can be used to detect mental illness in a person, particularly manic depression and schizophrenia. The vest, which is lightweight and machine-washable, is filled with sensors which monitor several body functions including body movement. It gives a picture of the person?s physical activity, which scientists believe can be used to identify those who are in early stages of a bipolar disorder.

3. What is food neophobia?

Ans: ??? Children?s reluctance to try new food is called food neophobia in scientific terms. Scientists in London recently discovered that this sort of fussy behaviour is actually inherited and stems from the genes. Food neophobia, experts believe, could even have an evolutionary advantage, for it prevents the likelihood of trying out toxic foods.

4. What is the phobia of aliens called?

Ans: Fear or dislike of foreigners or aliens is called xenophobia. The word xenophobia is a combination of two Greek words ? xenos (foreigners) and Phobos (fear). When a majority of people in a country suffer from xenophobia, the phobia can lead to mass expulsion of people of foreign origin, or banning of certain foreign cultural elements. Xenophobia is different from racism, although often both words are used interchangeably. Racism implies a hatred of people of other races, irrespective of whether they belong to one?s own country, whereas xenophobia implies hatred of people of other countries or regions. In science fiction, xenophobia refers to fear of extraterrestrial beings. Scientists explain xenophobia as a defence mechanism evolved in humans in response to the need to win in inter-group competition in society and Nature.

5. Why do people cry or get emotional while watching sad scenes in movies or serials?

Ans: The phenomena of reacting to emotional scenes can be analysed by explaining mirror neurons. These are activated both when an animal performs an action and when the animal observes the same action being performed by another animal (especially belonging to the same species). The results of brain imaging experiments show that the human inferior frontal cortex and superior parietal lobule are active when a person performs an action and also when the person sees another individual performing an action. It explains much about how we learn to smile, walk, talk, or play tennis. At a deeper level, it suggests a common neurobiological dynamic for our understanding of others and the complex exchange of ideas we call culture. Mirror neurons let you walk in other person?s shoes by creating an impression of you experiencing the same thing as the doer ? be it reacting to sad scenes in movie or jumping with joy at an Indian cricket victory.