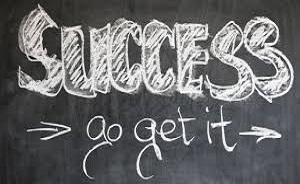 Joe Pateron — Success without honor is an unseasoned dish; it will satisfy your hunger, but it won’t taste good.

Author Unknown — If at first you don’t succeed, do it like your mother told you.

Woody Allen — Eighty percent of success is showing up.

H. Jackson Brown Jr. — As you climb the ladder of success, be sure it’s leaning against the right building.

M.H. Alderson — If at first you don’t succeed, you’re running about average. 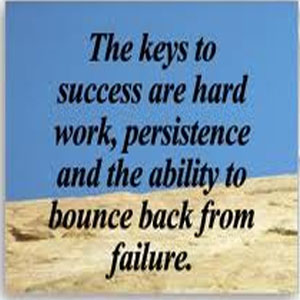 Winston Churchill –Success consists of going from failure to failure without loss of enthusiasm.

Gene Fowler — What is success?? It is a toy balloon among children armed with pins.

Miguel de Unamuno, Essays and Soliloquies, 1925 — We never know, believe me, when we have succeeded best.

Lily Tomlin — Sometimes I worry about being a success in a mediocre world.

Jonathan Winters — I couldn’t wait for success… so I went ahead without it.

Carrie Fisher — There is no point at which you can say, “Well, I’m successful now.? I might as well take a nap.”

David Frost — Don’t aim for success if you want it; just do what you love and believe in, and it will come naturally.

Author Unknown — Some people dream of success… while others wake up and work hard at it.

Robert Brault? — Try to discover, The road to success, And you’ll seek but never find, But blaze your own path And the road to success Will trail right behind.
Anthony J. — In order to succeed you must fail, so that you know what not to do the next time.

George Bernard Shaw, 28 August 1896 — I dread success.? To have succeeded is to have finished one’s business on earth, like the male spider, who is killed by the female the moment he has succeeded in courtship.? I like a state of continual becoming, with a goal in front and not behind.

Larry King — Those who have succeeded at anything and don’t mention luck are kidding themselves.

Cindy Adams — Success has made failures of many men.

Donald A. Miller — Some aspects of success seem rather silly as death approaches.

Author Unknown — Judge your success by what you had to give up in order to get it.

Walter Cronkite — Success is more permanent when you achieve it without destroying your principles.

Author Unknown — The two hardest things to handle in life are failure and success.

Elbert Hubbard — Pray that success will not come any faster than you are able to endure it.

Nancy Barcus — The closer one gets to the top, the more one finds there is no “top.”

Garrett Hazel — Smarts and action are on the same side of the equation where the sum is success.

Tennessee Williams — Success is blocked by concentrating on it and planning for it….

Success is shy it won’t come out while you’re watching.

William Feather — Success seems to be largely a matter of hanging on after others have let go.

Christopher Morley — There is only one success to be able to spend your life in your own way.

Robert Brault — How do you achieve success? Well, for one thing, you don’t define it before you achieve it.

Abraham Lincoln — Always bear in mind that your own resolution to succeed is more important than any one thing.

Abraham Lincoln — If A is success in life, then A equals x plus y plus z. Work is x; y is play; and z is keeping your mouth shut.

Albert Einstein — A great secret of success is to go through life as a man who never gets used up.

Albert Schweitzer — A discovery is said to be an accident meeting a prepared mind.

Albert Szent Gyorgyi — To follow, without halt, one aim: There’s the secret of success.

Anna Pavlova –? If your success is not on your own terms, if it looks good to the world but does not feel good in your heart, it is not success at all.

Anna Quindlen — It is possible to fail in many ways…while to succeed is possible only in one way.

Aristotle — Of course there is no formula for success except perhaps an unconditional acceptance of life and what it brings.

Arthur Rubinstein — Find somebody to be successful for. Raise their hopes. Think of their needs.

Barack Obama — The leaders we revere and the businesses that last are generally not the result of a narrow pursuit of popularity or personal advancement, but of devotion to some bigger purpose. That’s the hallmark of real success. The other trapping of success might be the by product of this larger mission, but it can’t be the central thing.

Barack Obama — Why be a man when you can be a success?

Bertolt Brecht — I don’t know the key to success, but the key to failure is trying to please everybody.

Bill Cosby– What’s money? A man is a success if he gets up in the morning and goes to bed at night and in between does what he wants to do.

Bob Dylan — The person who makes a success of living is the one who see his goal steadily and aims for it unswervingly. That is dedication.

Cecil B. DeMille –Nothing succeeds like the appearance of success.

Christopher Lasch — There is only one success? to be able to spend your life in your own way.

Confucius — Real success is finding your lifework in the work that you love.

David Mc Cullough — Envy was just the tax you paid on success.

David Nicholls — Success in business requires training and discipline and hard work. But if you’re not frightened by these things, the opportunities are just as great today as they ever were.

David Rockefeller — Aim for success, not perfection. Never give up your right to be wrong, because then you will lose the ability to learn new things and move forward with your life.

Dr. David M. Burns — We succeed only as we identify in life, or in war, or in anything else, a single overriding objective, and make all other considerations bend to that one objective.

Ellen DeGeneres — Success is counted sweetest by those who ne’er succeed.

Emily Dickinson — Success is really about being ready for the good opportunities that come before you. It’s not to have a detailed plan of everything that you’re going to do. You can’t plan innovation or inspiration, but you can be ready for it, and when you see it, you can jump on it.

Difference between Failure and Success