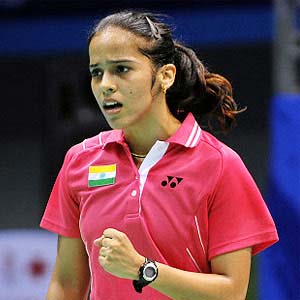 Saina Nehwal was born on March 17th in 1990 at Hisar, Haryana.? Her Parents father Dr.Harvir Sing and mother Usha Rani also Badminton champions in Haryana. Dr, Harvir Sing a scientist at the Directorate of Oilseeds Research, Hyderabad .He encouraged her to the game of Badminton. In December 1998, Saina start her training under Coach Nani Prasad at the Lal Bahadur Stadium in Hyderabad as a summer trainee. Further Saina Nehwal trained under S.M Arif, who is Dronacharya Award winning Badminton Coach. And now is getting Coaching from Pullela Gopichand?s Academy of Badminton at Hyderabad.

* Saina nehwal entered into the National Junior Champion in the year 2004, and 2005 she win the Title.
*? In 2005 National Senior Championship she was the runner.
* IN 2005 Sania won the All India Jr. Ranking Tournaments at Chennai, Cochin, Bangalore and Pune
* She won the Titles in 2006,2007
* She was the winner at the National Games held at Guwahati.

Important days of the Year