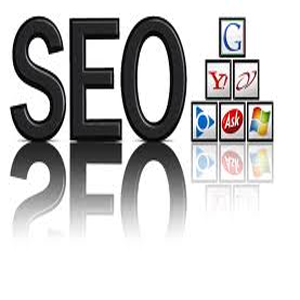 Here are some few concepts related to reputation management theory as it pertains to managing search engine results.

Whether you?re protecting an individual?s name, an organization?s name, a product or service brand, or some other keyword search, you have to define the number of search listings you want to manage. This is the name space. Most people define their name spaces to consist of 5-10 search results (based on the assumption that 90% of searchers won?t look beyond the first page of results).

You have a shared name space when two or more entities share the same name ? all named parties have legitimate claim to search visibility. My own personal name (?Hari Babu?) represents such a shared name space. There are many thousands of guys named Hari Babu and I know there are several who are actively promoting themselves on the Web. They have as much right to be found for their names as I do, and I have refrained from trying to control my name?s search results so as to allow at least some of those other Hari Babu? s a fair shot at being found.

So not only do we share a name space, we are sharing a contested name space, where two or more similarly named entities are competing for visibility under the same query. Although you often find contested name spaces under personal name searches, they seem to develop with greater frequency in acronym searchers. The same three- or four-letter expression can stand for scientific methods, industrial processes, trade groups, service marks, trade marks, company or organization names, government initiatives, special projects, and many other things.

These types of contested name spaces have become so congested that search engines like Google, yahoo, msn etc sometimes go out of their ways to suggest qualifying search results to help people find what they are looking for.

Of course, one entity can sometimes dominate a contested name space. For example, there is so much Web content about me out there that I?ve noticed other Hari Babu?s have begun distinguishing themselves by emphasizing initials in their names. Simply because I dominate ?Hari Babu? it has become necessary for other Hari Babu?s to promote variations on their common names. They simply cannot compete with all the Web content I have created and inspired through the years, so they have begun forging new, less congested name spaces for themselves.

Politicians, well-known criminals, controversial celebrities, and some corporate CEOs and business people have to contend with hostile environments in their search results. Some of these people bring the wrath of humanity down upon themselves by behaving badly, but sometimes they just happen to be easy targets for people with too much time on their hands.

Some very good people have been badly maligned on the Internet simply because they have a lot of money, fame, or both.

Another aspect of the hostile environment, however, is that it is more often based in social media ? people tend to unleash torrents of abuse, criticism, false rumors, and poison pen campaigns in online discussion groups and communities.

It?s easier to get away with character assassination if you use someone else?s site to damage another person?s reputation than if you create a dedicated site. Nonetheless, some bloggers feel empowered to set about the systematic destruction of other people?s reputations (or they may take on a small business). Now, while it?s true that the Internet has empowered consumers to share information about unreliable service providers, smarmy collection agencies and law firms, and other people whose business practices don?t win them any friends, there are some self-appointed hecklers, harrassers, liars, and exaggerators out there doing their best to ensure that someone else?s life is miserable and full of failure rather than success.

Human nature being what it is, accusations and insinuations are usually given more credibility by uninformed strangers than detailed rebuttals and explanations. The moment you put someone else on the defensive they lose credibility in the eyes of the broader community regardless of where the moral rights and truths line up.

When social media is the battleground, however, there is an opportunity for engagement, the process of reaching out to the people who are saying bad things about you and extending an offer of reconciliation. For consumers who are angry about poor service, low product quality, or other easily resolved issues, the more that vendors and manufacturers reach out with online help the more they can repair and improve their online reputations.

But it?s not as easy when you?re dealing with hostile entities. If they are attacking your brand the best thing you can is build visibility for your brand value through honest, uncompensated recommendations, references, and referrals.

There is, however, one kind of hostile entity that can sometimes be its own worst enemy: the news media. Some news organizations do aggressively pursue and harass people for reasons of their own. Still, to be considered credible news organizations they have to publish the news in as unbiased a form as possible. It often happens that a well-known individual or organization who hates a story from a particular media site has one or more stories on the same site that are more upbeat.

Some SEO?s have discussed methods to flip search results, where you link to an upbeat article in the hope it may displace the downbeat article. If you can successfully pull off a result flip you can turn a hostile entity into a friend, an outcome the unwitting hostile entity may not appreciate if he?s watching your name space closely.

When you?re managing search engine results for reputation you have to be careful not to invite an SEO war. Some people will flood search results with as many negative articles as they can promote in order to hurt an individual or business reputation. There is always the chance someone will try to undermine what you are doing. When that happens, you really have your work cut out for you.

Guidelines for creating an online business