Skip to content
GK Tips
November 17, 2010March 9, 2012 hari.babu seo.trainer Sports and Games GK, What are the Special Olympics, What does the word ‘w00t’ mean, What is a masse shot, What is the Monty Hall problem

Ans: ??? A masse shot, a term in billiards and snooker, is a technique that causes the cue ball to follow a curved path similar to a spin ball in cricket. The masse shot is accomplished by tilting the axis of the ball so that it spins to the inside of the desired curve, and against the grain of the felt. The forward direction of the ball is accomplished by the horizontal angle of the cue. The amount and direction of spin is achieved by the vertical angle and the point of contact. The force by which the ball is pushed is also decisive. The masse shot is an extremely complicated combination of physics that requires lot of concentration and practice. 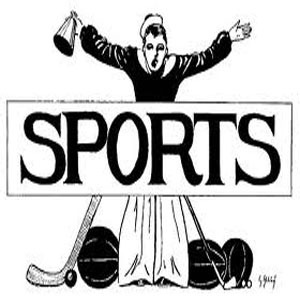 2. What are the Special Olympics?

Ans: Special Olympics is an international organization created to help people with intellectual disabilities develop self-confidence, social skills and a sense of personal accomplishment through sports training and competition. Among their other activities, Special Olympics conduct the Special Olympics World Games every four years. This year it is taking place in China.

3. What is the fuel consumption of an F1 car per lap in a Grand Prix race?

Ans: The current Formula One cars have 2.4 litre V8 engines running at 19000 RPM max and can produce about 840 bhp. The fuel consumption is around 75 litres per 100 km. However, a Formula One engine is said to be more than 20% efficient at turning fuel into power than any other car. An average Formula One circuit is around 4.5-5 km. The fuel consumption is different for every circuit depending on the length and corners and also depends on driving style.

4. What is the difference between snooker, billiards, pool and side pocket?

Ans: The main difference is with respect to the number of balls used. In snooker, 22 balls, including the white colour striker ball, are used. The other coloured balls are as follows: 15 red, 1 yellow, 1 brown, 1 blue, 1 pink, 1 black and 1 green. In billiards, only three balls are used ? white, yellow and red ? and both the white and the yellow ball can act as the strikers. In pool, there are nine balls with numbers and stripes printed on them. Side pocket is not a recognized table game and refers to the corner pockets of the billiards table.

Ans: If lay persons say ?yay?, then hardcore gamers would say ?w00t?. This phrase, an expression of joy by online gamers, has been selected as the word of the year by the US dictionary publisher Merriam Webster.

6. What is the Monty Hall problem?

Ans: The Monty Hall problem talks about a situation where there are three closed doors ?a goat lies behind two and a car behind the third. A person is asked to select a door (which is not opened immediately). Instead, one of the two unchosen doors are opened and the content is revealed, which incidentally turns out to be a goat. The person is now asked whether he would like to switch his choice to the other unopened door. This gets him thinking. Will changing his choice increase the possibility of winning the car? Common knowledge lets us assume that since now there are two closed doors (one with a goat and the other with a car), chances of winning a car if either of the doors are chosen is 1/2. Hence, it really isn?t a winning situation to motivate a person to change the choice. However, what one needs to remember is the fact that when the person initially made the choice, all three doors were closed and the probability of having a goat behind a closed door was 2/3. Now that we already know of the door that has a goat behind it, chances of winning the door with the car if the person decides to change his initial choice is 2/3, which is higher than what he would gain if he refuses to change his decision.

Ans: These vests help users endure virtual blows, literally. An American surgeon has invented a vest that lets computer game users feel physical attacks like shots, stabs, etc. while playing games. The vest uses air pressure and feedback from the computer to simulate thumps on those regions of a person?s torso, which would have been hit if the person were actually fighting in a battle. It?s designed by Mark Ombrellaro and was originally intended for medical purposes.

8. What is a dead ball situation in football?

9. What is a sucker ball in cricket?

Ans: When a bowler intends to tempt batsman into scoring runs by bowling a ball which appears easy to hit and the batsman hits the ball but it results in his dismissal by either being stumped, bowled or caught, such ball is called a sucker ball.

Ans: The word denotes a variety of small, fresh water fish of the carp family. It is generally used to refer to small or new players in comparison with the established players in any activity ? be it business, sports or politics. Hence, countries like Bermuda, Scotland, etc. are referred to as minnows in the ongoing cricket World Cup.