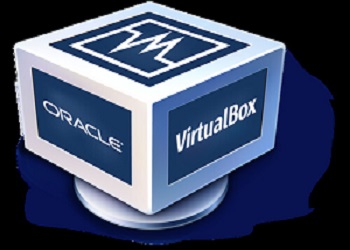 What is Oracle VM VirtualBox

VirtualBox is powerful Cross-platform Virtualization Software for x86-based systems. Oracle Virtualbox is software that allows you to run a virtual machine on a host computer, creating a self-contained operating system

Oracle VirtualBox is used in many places and many ways. One example is that VirtualBox is used in another Oracle product, Oracle VDI to deliver a smarter way of running Enterprise desktops, namely by running them in vm’s on the server, where they are more secure, manageable, and available from many devices.

Oracle VirtualBox already supports a powerful range of networking options from NAT (vm’s IP address is translated in communications) to bridged (the vm is a full network citizen with it’s own publicly accessible IP address) to host-only and internal networking (where vm’s sit on a virtual network inside the host machine).

A major restore of the VirtualBox Manager with features such as VM Preview, an orderable VM list, and optional attribute panes, allows admins or power users to customize the interface to make it as simple or as comprehensive as they require.

Easy shortcut creation enables users to launch vm’s from their Desktop, Start Menu, or from scripts, without the need to start the VirtualBox Manager.

Strongest support for the Open Virtualization Formats in industry. This release strengthens Oracle’s commitment to standards, with the adoption of ovf and now ova format appliances.

By offering a new, modern chipset supporting PCI Express, VirtualBox can support the most demanding of virtual workloads.

Powerful port-forwarding rules allow the user to run server vms on their desktop device using NAT networking. This means that user can run, say an Apache web server in a vm and connect to it via a host port.

Fully Open Source base product. No longer will there be any confusion about separate editions of VirtualBox. For the first time there is an OSS licensed binary meaning partners do not need to build and maintain their own source tress. This lowers a barrier and is expected to spark increased interest in VirtualBox virtualization solutions.

Flexible Extension Pack mechanism for add-on functions. By delivering a pluggable Extension model in the style of Firefox Extensions, Oracle are providing a way for ecosystem partners to offer value-add functionality in an elegant and powerful way.

How to use Oracle SQL Developer Data Modeler
Interview Skills