Who uses Perl Language and its Advantages

Perl is a high-level programming language which is very widely used though it?s name is not well known outside the programming community as it’s an open source language that lack the marketing “hype” . Perl is just a superb technical tool in a very wide variety of applications. Its name ?Perl? is an acronym which?? stands for the “Practical Extraction and Reporting language”

Perl is a stable, cross platform programming language used for mission critical projects in the public and private sectors. Perl tends to be a great tool, being used in organizations where it is needed with or without official approval such as in:

Other large organizations who are known to use Perl are:

2. Perl can be used for image creation and manipulation, networking via telnet, and others, graphical user interface creation, robotics, bio-informatics, VLSI electronics and to create mail filters to minimize spam.

3. Perl has extra modules which allow you to write code in Python, PHP, Java, C, C++, Basic, Ruby, assembler, PDL, TCL, Octave, Guile, S-Lang, Befung and Lua in your Perl script. This means that you can use Perl in conjunction with these other programming languages rather than having to rewrite existing code.

4. Perl can integrate with most modern databases, work with HTML, XML and other mark-up languages, and has full support for unicode.

5. Perl programming language is fast and efficient. It comes with a huge amount of built-in functionality to allow you to do everything from direct string manipulation to web programming.

6. Perl is type-friendly and its native hash type makes it easy to come up with algorithmically efficient answers to problems.

7. Perl’s regular expression engine has set the standard for most modern programming languages and is both extremely powerful and highly optimised for speed.

8. The programming language Perl has large and friendly community. This means that there are plenty of good code examples available and many online forums for questions and answers, discussions of best practices and other important resources.

9. Perl language is open source software, amongst other things this means that bugs are spotted and fixed quickly

10. Using Perl you’re not tied to any one vendor or platform. Perl will continue to be supported so long as it is in use.

11. Perl runs on nearly anything, it comes standard on the vast majority of unix/linux servers and is available free for windows servers. As a result its the most commonly supported language on ISP (Internet Service Providers) hosting servers. 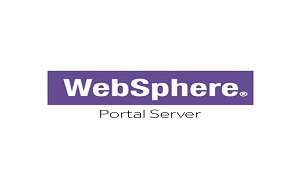