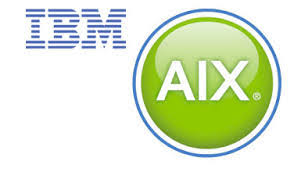 What is IBM AIX :

AIX is Advanced Interactive eXecutive, a version of UNIX produced by IBM. AIX runs on a variety of computers, including PCs and workstations. AIX incorporates elements of System V, BSD, and OSF/1, as well as features to make administering, AIX somewhat different from working with other Unix implementations.

Unix started life at AT&T’s Bell Labs research center in the early 1970s, running on DEC minicomputers. By 1976, the operating system was in use at various academic institutions, including Princeton, where Tom Lyon and others ported it to the S/370, to run as a guest OS under VM/370. IBM’s own involvement in Unix can be dated to 1979, when it assisted Bell Labs in doing its own Unix port to the 370. In the process, IBM made modifications to the TSS/370 hypervisor to better support Unix.

It took until 1985 for IBM to offer its own Unix on the S/370 platform, IX/370, which was developed by Interactive Systems Corporation and intended by IBM to compete with Amdahl UTS.AIX Version 1, introduced in 1986 for the IBM 6150 RT workstation, was based on UNIX System V Releases 1 and 2.Among other variants, IBM later produced AIX Version 3 (also known as AIX/6000), based on System V Release 3, for their POWER-based RS/6000 platform. Since 1990, AIX has served as the primary operating system for the RS/6000 series. AIX Version 4, introduced in 1994, added symmetric multiprocessing with the introduction of the first RS/6000 SMP servers and continued to evolve through the 1990s, culminating with AIX 4.3.3 in 1999. Version 4.1, in a slightly modified form, was also the standard operating system for the Apple Network Server systems sold by Apple Computer to complement the Macintosh line.

IBM lawsuit, less than forty licenses for the finished Monterey Unix were ever sold before the project was terminated in 2002. In 2003, the SCO Group alleged that (among other infractions) IBM had misappropriated licensed source code from UNIX System V Release 4 for incorporation into AIX; SCO subsequently withdrew IBM’s license to develop and distribute AIX. IBM maintains that their license was irrevocable, and continued to sell and support the product until the litigation was adjudicated.

AIX 6 was announced in May 2007, and it ran as an open beta from June 2007 until the general availability (GA) of AIX 6.1 on November 9, 2007. Major new features in AIX 6.1 included full role-based access control, workload partitions , enhanced security, and Live Partition Mobility on the POWER6 hardware.AIX 7.1 was announced in April 2010, and an open beta ran until general availability of AIX 7.1 in September 2010. Several new features, including better scalability, enhanced clustering and management capabilities were added. AIX 7.2 was announced in October 2015, and released in December 2015. AIX 7.2 principal feature is the Live Kernel Update capability which allows OS fixes to replace the entire AIX kernel with no impact to applications.

The advantages of AIX is, the best performance in UNIX industrial, excellent interface whatever GUI and CLI. flaxible capacity and performance management while IBM virtualization was involved. And the last thing is stability whatever hardware and OS level.