Ans: Nutraceuticals are foods, or parts of foods, which provide medical or health benefits, including prevention and treatment of disease i.e. nutrients with medical implications. Nutraceuticals, which are generally made from herbal/ botanical raw materials, are functional foods or food components that provide demonstrated physiological benefits or reduce the risk of chronic disease, above and beyond their basic nutritional functions. A functional food is similar to conventional food, while a nutraceutical is isolated from a food and sold in dosage form, in both cases the active components occur naturally in food. 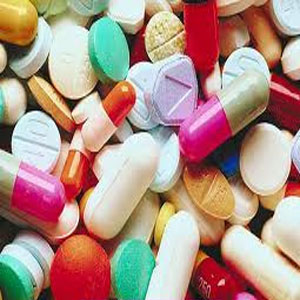 2. What is the significance of the cross in medicine?

Ans: The history of the cross in medicine seems to have originated with Christian monks running free hospitals. These monks either wore crosses hanging as pendants, or robes with crosses painted over them, or used the cross as a source of relief for the sick. In 1859, Swiss businessman Henry Dunant founded the International Committee for Relief to the Wounded to medically aid the war-wounded regardless of nationality. For its logo, Dunant reversed the Swiss national flag, a white cross on a red background. But the symbol gave a spiritual cloak to the organisation?s selfless service and became so identified with its work that people referred to it by the name of the emblem

Ans: A chronic disease, endemic in parts of Africa and South America, it is caused by infestation with blood flukes ? leaf shaped, unsegmented flat worms calle schistosomes. It is named after the German physician T Bilharz. It is common in the tropics where ponds, streams and irrigation canals harbour bilharzia-transmitting snails. The worms feed on Red Blood Corpuscles and dissolved nutrients. Liver enlargement and kidney damage are mostly caused by these flukes

4. What is the Crigler-Najjar Syndrome?

Ans: The Crigler-Najjar Syndrome (CNS) is an inherited metabolic disorder caused by a liver enzyme deficiency which prevents the usual metabolic breakdown of bilirubin ? a normal by-product in our body?s disposal of worn-out red blood cells. It is named after Dr Crigler and Dr Najjar who discovered this rare disease. Children with CNS must undergo daily 12-hour exposure to special blue light, just to survive. Without this, a child would suffer brain damage, muscle and nerve damage and die due to bilirubin toxicity.

5. What is the Da Vinci surgical system used for?

Ans: The Da Vinci device is used in surgeries in the abdomen, pelvis and chest. It provides surgeons with a 3-D view of the operating area, magnified up to 12 times. Sitting at a console away from the patient, the surgeon uses joystick-like controls to manipulate tiny surgical instruments. These can be used in hard-to-reach areas and turned in ways that would be impossible with the normal dexterity of the wrist.

6. What is the difference between an acne and pimples?

Ans: While acne is a disease (acne vulgaris), a pimple is just one type of lesion found in acne patients. Other lesions could be a papule or a nodule. However, in common parlance, these are interchangeably use.

7. What kind of healing did Dr Edward Bach pioneer?

Ans: Dr Edward Bach pioneered a kind of healing called flower remedy therapy. This treats predominantly mental and emotional manifestations of disease, relying on administration of remedies derived from the flowering parts of plants. Dr Bach considered total 38 remedies sufficient to treat the most common negative moods that afflict mankind. After his death, many remedies were added and now the total is more than 200. He believed that the remedies were divinely enriched.

Ans: The psychological condition under the influence of which an individual eats excess food in response to stress and depression, rather than hunger, is called bulimia. It was diagnosed as an eating disorder in the 1980s. It is believed that bulimia begins with dissatisfaction, helplessness, and low self-esteem. Bulimia normally leads to dental problems, changes in bowel habits, electrolyte imbalance, dehydration, heartburn, bloating, indigestion, constipation, stomach ulcers, etc. It is found to be common among females and is a corrective disorder.

9. What is the procedure to differentiate between blood groups?