Skip to content
GK Tips
November 17, 2010March 9, 2012 hari.babu seo.trainer Physics General Knowledge, What is a ‘nuclear winter, What is a crystal radio, What is Bode’s Law, What is the Nyquist Rate

1. What is super string theory?

Ans: It is a model of fundamental physics whose building blocks are one-dimensional extended objects called strings, rather than the zero-dimensional point particles which form the basis for the standard model of particle physics. By replacing point-like particles with strings, an apparently consistent quantum theory of gravity emerges. Moreover, it may be possible to unify the known natural forces (gravitational, electromagnetic, weak nuclear and strong nuclear forces) by describing them with the same set of equations as described in the theory of everything called the Grand Unified Theory (GUT). 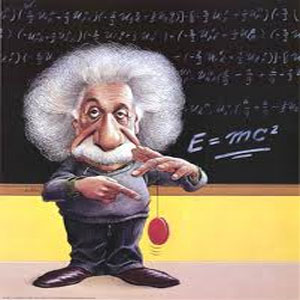 2. What is the Nyquist Rate?

3. What is a crystal radio?

Ans: A crystal radio is the basic form of a radio, which can detect radio signals without a power supply. It has very few parts and it can be built in a short time with commonly available items. It works best if there is a transmitter within 40 km of the set. Simple crystal radios are often made with a few handmade parts like an antenna wire, tuning coil of copper wire, crystal detector and earphones. A crystal radio receives programmes broadcast from radio stations which convert sound into radio waves and send out the signals everywhere. The crystal radio antenna, a very long wire, picks up the signals and passes them through the set as an electronic current. It uses a crystal detector to convert this radio wave electricity to sound electricity. The detector can be made from a special rock of galena in a holder. It uses earphones to convert the sound electricity to the sound you can hear.

4. What particles are emitted when gamma rays strike a metallic plate? What is the phenomenon called?

Ans: Gamma rays, like light rays, are basically electromagnetic rays. When gamma rays of optimum frequency strike a metal plate, they give the same result obtained when light rays strike a metal plate ? they emit electrons (negatively charged particles). This phenomenon is called the photoelectric effect.

Ans: Bode?s Law is an arithmetical relation which is supposed to establish a connection between the distances of planets from the Sun. It was first discovered by German mathematician Johann Titius in 1766 and published by the German astronomer Johann Bode in 1772. The law states that the relative distances are in the proportions 4, 7, 10, 16, 28, 52, 100 and 196. This series of numbers is derived by adding 4 to each number of the series 0, 3, 6, 12, 24 and so on. At the time of its discovery, only six planets were known and the numbers closely fitted the observed facts. However, the positions of the more recently discovered planets ? Neptune and Pluto (now considered a dwarf planet) ? deviate widely from those predicted by Bode?s Law. Astronomers now believe the relationship is a coincidence because the law is without theoretical basis.

Ans: ??? The nuclear winter theory, proposed by scientists in 1983 and later on established by the US National Research Council in 1984, states that if only half of the collective nuclear weapons of Russia and US were to explode, they would release such enormous amount of dust, smoke and soot into the atmosphere that sunlight would be completely blocked. This would continue till these clouds settled and consequently the earth?s temperature would fall, creating a period of abnormal cold and darkness. A nuclear winter is also believed likely after a nuclear war. Essential life processes like photosynthesis would also be fatally affected, endangering plant and animal life.

8. What is steaming distance?

Ans: Steaming distance is the shortest distance between two ports, which a ship traverses while sailing from one port to another. It need not be along a straight line as, due to various physical and political constraints, it may not be always be desirable to sail along a straight route.

9. What is quantum tunnelling?

Ans: ??? In Physics, quantum is the particle which obeys quantum mechanics. When a quantum particle has to cross a potential barrier which has more energy than the particle, then, according to classical physics, it cannot do so. But, in quantum mechanics, it can, however small it be. This phenomenon is known as quantum tunnelling. The best example of quantum tunnelling is the emission of alpha particles from a radioactive nucleus. Although the energy of alpha particles is less than nuclear potential, they can tunnel through it.