Ans: Proto-galaxies or teenage galaxies are smaller galaxies which form larger ones through mergers and collisions over a period of time. Until recently, it was hard to detect these adolescent galaxies since the light they emitted were very faint. But using powerful telescopes, scientists have identified 27 proto-galaxies. They further believe that in the beginning, a uniform gas existed in space which eventually began clumping together to form proto-galaxies, which later formed larger galaxies such as the Milky Way. 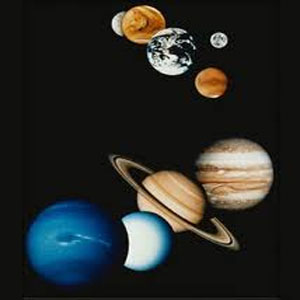 2. What?s special about the McNaught Comet?

Ans: The McNaught Comet is said to be the brightest in 40 years. It?s named after Australian astronomer Robert McNaught who discovered it in 2006 and is 124 kms from the earth

Ans: Until the last decade, astronomers believed that galaxies were moving apart from each other at a constant speed. In this decade, they discovered that all galaxies are moving apart with acceleration. To accelerate, a force is required. So, this force which has properties like anti-gravity pushes matter away from each other with acceleration is called dark energy. Researchers are working extensively to understand the nature and source of this force.

4. What is a parallel universe?

Ans: The parallel universe theory, first proposed in 1950 by US physicist Hugh Everett, helps explain mysteries of quantum mechanics that have baffled scientists for decades. According to this theory, every time a new physical possibility is explored, the universe splits. Given a number of possible alternative outcomes, each one is played out in its own universe. A motorist who almost meets with an accident, for instance, might feel relieved at his lucky escape. But in a parallel universe in another version, the same driver would have been killed. Yet another universe will see the motorist recover after treatment in hospital. The number of alternative scenarios is endless. Like an everyday universe, it is a region of space and time containing matter, galaxies, stars, planets and living beings. In other words, every time a new physical possibility is explored, the universe splits. A parallel universe is similar and possibly even a duplicate of our own universe. There are human beings who may be exact duplicates of ourselves and who are connected to us through mechanisms only explainable using quantum physics concepts. Parallel universes are also called alternative universes, quantum universes, parallel worlds, alternative timelines, etc.

5. What is the red spot seen on the surface of Jupiter?

Ans: The great red spot is a persistent anti-cyclonic storm on Jupiter, 220 degrees south of the equator, which has lasted for at least 177 years and possibly as long as 342 years or more. The storm is large enough to be visible through Earth-based telescopes. It was first observed by Giovanni Domenico Cassini, who described it around 1665. The spot has been noticeably red at times throughout its observed history yet has not been appreciably red in the visible spectrum since a rather brief period in the mid 1970s.

6. What is a transiting planet?

Ans: A transiting planet is one that moves across its parent star, as seen from Earth. Recently, astronomers found such a transiting planet, which is larger than Jupiter, orbiting a star in the galaxy Hercules. The planet has been named TrES-4.

Ans: A solarium is a sun room, derived from the Latin word for ?sun?. In mediaeval Rome, a solarium was a room at the top of the castle towers with windows all around so that the room received sunlight at any time of day. Later on, a solarium became a room built largely of glass to afford exposure to the sun.

This kind of solarium was similar to a free-standing greenhouse, but could be reached from the home without going outdoors. It was a general view then that an airy, sunny room promoted health. In today?s context, the term solarium can mean either a sun porch or a tanning bed.

8. What are Kirkwood gaps in asteroid belts?

Ans: Daniel Kirkwood first noticed the gaps in 1857 and they are named after him. These are regions in the main asteroid belt that have been cleared of asteroids by the perturbing effects of Jupiter. The Kirkwood gaps are due to resonances with Jupiter’s orbital period. If an asteroid revolves twice around the Sun in the time it takes Jupiter to make one revolution, it is said to be in a 2:1 resonance orbit with Jupiter. Once every two orbits, Jupiter and such an asteroid would be in the same relative position, so that the asteroid would experience a force in a fixed direction. Repeated applications of this force would eventually change the semi-major axis of asteroids in such orbits, creating gaps at that distance. An adequate explanation about why some resonances produce gaps and others produce concentrations is yet to be found.

9. What are albedo values?

Ans: ??? The fraction of incoming light reflected by a body such as a planet or any other object is called albedo. The albedo of an object is the extent to which it reflects light, defined as the ratio of reflected to incident electromagnetic radiation. A body with a high albedo, near 1, is very bright, while a body with a low albedo, near 0, is dark. The Moon has an average albedo of 0.12, Venus 0.76, Earth 0.37. It is a unit less measure indicative of the diffuse reflectivity of a surface or body. The albedo is an important concept in astronomy. Its value depends on the frequency of radiation considered. In general, the albedo depends on the direction and directional distribution of incoming radiation.