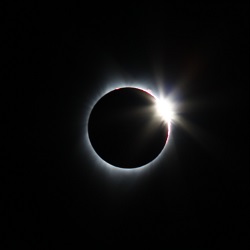 A solar eclipse occurs when the moon passes between the Sun and the Earth so that the Sun is fully or partially covered. This can only happen during a new moon, when the Sun and Moon are in conjunction as seen from the Earth. At least two and up to five solar eclipses can occur every year on Earth, with between zero and two of them being total eclipses. Total solar eclipses are nevertheless rare at any location because during each eclipse totality exists only along a narrow corridor in the relatively tiny area of the Moon’s umbra.

A total solar eclipse is a stunning natural incident and many people travel to those areas to observe solar eclipses. 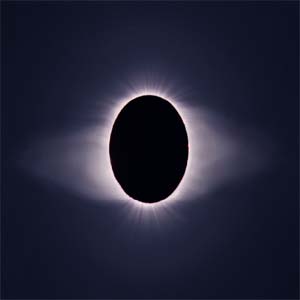 In ancient times, and in some cultures today, solar eclipses have been attributed to supernatural causes. Total solar eclipses can be frightening for people who are unaware of their astronomical explanation, as the Sun seems to disappear in the middle of the day and the sky darkens in a matter of minutes.

There are four types of solar eclipses:

Total solar eclipses are rare events. Although they occur somewhere on Earth every 18 months on average, it has been estimated that they happen again at any given place only once every 370 years, on average. The total eclipse only lasts for a few minutes at that location, as the Moon’s umbra moves eastward at over 1700 km/h. Totality can never last more than 7 min 31 s, and is usually much shorter: during each millennium there are typically fewer than 10 total solar eclipses exceeding 7 minutes. The last time this happened was June 30, 1973 (7 min 3 sec). Observers aboard a Concorde aircraft were able to stretch totality to about 74 minutes by flying along the path of the Moon’s umbra. The next eclipse exceeding seven minutes in duration will not occur until June 25, 2150. The longest total solar eclipse during the 8,000 year period from 3000 BC to 5000 AD will occur on July 16, 2186, when totality will last 7 min 29 s. For comparison, the longest eclipse of the 21st century will occur on July 22, 2009 and last 6 min 39 sec.

Spectacular solar eclipses are an extreme rarity within the universe at large. They are seen on Earth because of a fortuitous combination of circumstances that are statistically very improbable. Even on Earth, spectacular eclipses of the type familiar to people today are a temporary phenomenon. Many millions of years in the past, the Moon was too close to the Earth to precisely occult the Sun as it does during eclipses today; and many millions of years in the future, it will be too far away to do so.

Due to tidal acceleration, the orbit of the Moon around the Earth becomes approximately 3.8 cm more distant each year. It is estimated that in 600 million years, the distance from the Earth to the Moon will have increased by 23,500 km, meaning that it will no longer be able to completely cover the Sun’s disk. This will be true even when the Moon is at perigee, and the Earth at aphelion.

A complicating factor is that the Sun will increase in size over this timescale. This makes it even more unlikely that the Moon will be able to cause a total eclipse. Therefore the last total solar eclipse on Earth will occur in slightly less than 600 million years. This Article Provided by 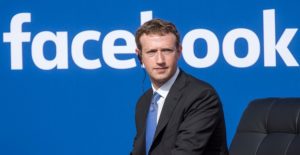 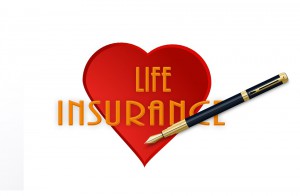