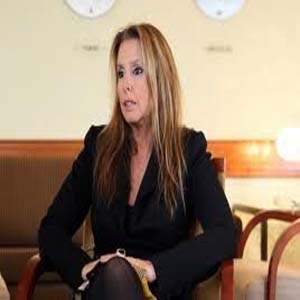 Makeup heiress? fortune rebounding with L?Oreal shares. Company, founded by her father, celebrated its 100th birthday in 2009. Last year only daughter and heir, Francoise Bettencourt-Meyers, petitioned courts to investigate reported $1.4 billion worth of cash and gifts her mother allegedly gave to Francois-Marie Banier, 61, a well-known photographer, writer and painter whom she befriended. Daughter claims Banier took advantage of her mother, who became a widow in 2007. Liliane denies it; has been ordered to undergo psychological testing before July trial. Mother and daughter apparently no longer speak.

After death of her husband Gad Rausing in 2000, with her three children, inherited packaging giant Tetra Laval. In 1944 her father-in-law founded the company, which revolutionized the packaging of liquids such as juices and milk. Today sales are $15.3 billion. All of her children sit on Tetra Laval?s board; son Jorn is head of mergers and acquisitions. Son Finn is chairman of the board of the Swedish R.R. Institute of Applied Economics. Daughter Kirsten is a horse breeder in the U.K. Birgit lives quietly in Switzerland.

Nonexecutive chair of the O.P. Jindal Group, a steel and power conglomerate founded by her late husband, Om Prakash Jindal, in 1952. Took over group after he died in a helicopter crash in 2005. In his lifetime, patriarch had handed down operations to their four sons, Prithviraj, Sajjan, Ratan and Naveen, who today run their independent units. Net worth up $9.5 billion in past year, mainly due to Naveen?s Jindal Steel & Power whose market capitalization soared more than threefold in 2009. Sajjan took his JSW Energy public, raising $830 million; his JSW Steel forged an alliance with Japan? s JFE Steel. Savitri won the elections in Haryana, her home state, last November.

Inherited stake in automaker BMW from late father, Herbert Quandt, who rescued it from bankruptcy decades ago. A trained economist with an MBA also inherited a 50% stake in chemical manufacturer Altana; sits on board. Since February controls over 95% of Altana; has made squeeze out request for remaining shares and plans to delist the firm. Also holds 22% of wind power outfit Nordex AG; 22% of carbon and graphite producer SGL; and 29% of Geohumus, a company that is developing a water storing granulate to be used in agriculture. Has won a civil case against Helg Sgarbi, the ex-lover who tried to blackmail her for millions in a salacious scandal last year. Sgarbi is in jail.

Second wife, and now widow, of billionaire Andronico Luksic, who died of cancer in 2005. Family controls Antofagasta, one of the world?s largest copper miners. Company?s shares have jumped 80% in a year. Also holds shares in Quinenco, a consumer packaging and beverage maker, and Plava Laguna, a chain of Croatian beach resorts. Son Jean Paul serves as chairman of Antofagasta.

How to buy shares

How to be Successful Business Women
Interview Skills