1. Where are files and websites on the internet stored?

Ans: The internet is a collection of a large number of client-server based systems. So all files and other resources on it are stored on secondary storage devices of the respective servers. Servers of websites are termed as web servers. So when you type in a URL of a website in the address bar of your browser, it makes a connection to that web server which in turn fetches the data from the secondary storage device (such as the hard disk) that they must be using and returns it to the respective browser. The same holds true for any other resource (image, MP3 file, zipped file, etc.) that you access on the internet. 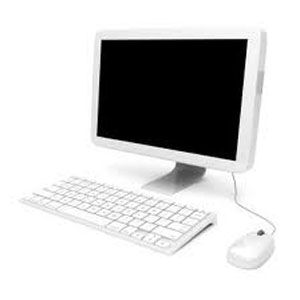 2. Who invented the QWERTY keyboard?

Ans: QWERTY keyboard (also known as universal keyboard) is used in modern computers. The name QWERTY comes from the first six letters in the top row. It was invented by C L Sholes in 1872.

3. What is the full form of TFT in computer and mobile screens?

Ans: Thin Film Transistor (TFT) is a type of LCD flat-panel display screen. It?s called so because each pixel is controlled by transistors. TFT technology provides the best resolution of all the flat-panel technologies, but it is also the most expensive. TFT displays are usually designed to run at a specific resolution.

4. What does the term ?screen slave? mean?

Ans: Screen slaves refers to people who are abnormally addicted to the computer. For example, screen slaves would communicate via e-mail with people sitting right next to them. The screen slave culture, which is particularly rampant in offices the world over, is adding to the sedentary lifestyle of white collar workers, thereby increasing related disorders such as obesity, heart disease and Repetitive Stress Injury.

Ans: Thin Film Transistor (TFT) Liquid Crystal Display technology does away with the traditional bulky Cathode Ray Tube (CRT). LCDs use a strong backlight as the light source and control how much of this light is allowed to reach the dots (pixels) by selectively allowing the light to reach each pixel. LCDs achieve this by taking advantage of a key property of ?twisted? liquid crystal molecules; their ability to naturally block polarised light but then let it through by degrees when a small electric field is applied. LCD cells are accurately controlled and arranged in a flat matrix of rows and columns.

6. What is a ?firewall? in computer terminology?

Ans: In computer security, a firewall is a device that blocks unauthorised access to an organisation?s local area network. A firewall can reside on the administrative computer, the server that acts as the LAN?s gateway to the Internet. The firewall keeps track of every file entering or leaving the local area network in order to detect the source of viruses and other problems that might enter the network.

7. What is a handshake in computers?

Ans: Handshake is the process by which two computers initiate communication. A handshake begins when one sends a message to another indicating that it nature of quantum mechanics and space and time. In String Theory, all forces and particles emerge in an elegant geometrical way, realising Einstein?s dream of building everything from the geometry of space-time.

8. What is utility computing?

Ans: Utility computing is a service provisioning model in which a service provider makes computing resources and infrastructure management available to the customer as needed, and charges them for specific usage rather than a flat rate. Like other types of on-demand computing (such as grid computing), the utility model seeks to maximise the efficient use of resources and/ or minimise associated costs.

9. What is the difference between an inverter and a UPS?

Ans: Practically, both are same. An inverter converts DC power supply into AC supply. A UPS (Uninterupted Power Supply) is an electronic device which uses inverter technology in it. UPS uses AC supply when power is there, converts into DC power and stores it. This DC power is converted back to AC supply and provides stand by power when electricity goes off.

Basics of Computer Hardware and Networking