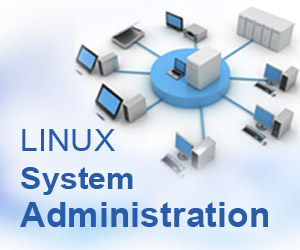 What is Linux Administration ?

The Linux open source operating system, or Linux OS, is a freely distributable, cross-platform operating system based on Unix that can be installed on PCs, laptops, netbooks, mobile and tablet devices, video game consoles, servers, supercomputers and more.

The Linux OS is frequently packaged as a Linux distribution for both desktop and server use, and includes the Linux kernel (the core of the operating system) as well as supporting tools and libraries. Popular Linux OS distributions include Debian, Ubuntu, Fedora, Red Hat and opensuse.

Linux is the first truly free Unix-like operating system. The underlying GNU Project was launched in 1983 by Richard Stallman originally to develop a Unix-compatible operating system called GNU, intended to be entirely free software. Many programs and utilities were contributed by developers around the world, and by 1991 most of the components of the system were ready. Still missing was the kernel.

Linus Torvalds invented Linux itself. In 1991, Torvalds was a student at the University of Helsinki in Finland where he had been using Minix, a non-free Unix-like system, and began writing his own kernel. He started by developing device drivers and hard-drive access, and by September had a basic design that he called Version 0.01. This kernel, which is called Linux, was afterwards combined with the GNU system to produce a complete free operating system.

On October 5th, 1991, Torvalds sent a posting to the comp.os.minix newsgroup announcing the release of Version 0.02, a basic version that still needed Minix to operate, but which attracted considerable interest nevertheless. The kernel was then rapidly improved by Torvalds and a growing number of volunteers communicating over the Internet, and by December 19th a functional, stand-alone Unix-like Linux system was released as Version 0.11.

On January 5, 1992, Linux Version 0.12 was released, an improved, stable kernel. The next release was called Version 0.95, to reflect the fact that it was becoming a full-featured system. After that Linux became an underground phenomenon, with a growing group of distributed programmers that continue to debug, develop, and enhance the source code baseline to this day.

Linux continued to be improved through the 1990’s, and started to be used in large-scale applications like web hosting, networking, and database serving, proving ready for production use. Version 2.2, a major update to the Linux kernel, was officially released in January 1999. By the year 2000, most computer companies supported Linux in one way or another, recognizing a common standard that could finally reunify the fractured world of the Unix Wars. The next major release was V2.4 in January 2001, providing (among other improvements) compatibility with the upcoming generations of Intel’s 64-bit Itanium computer processors.

Although Torvalds continued to function as the Linux kernel release manager, he avoided work at any of the many companies involved with Linux in order to avoid showing favoritism to any particular organization, and instead went to work for a company called Transmeta and helped develop mobile computing solutions, and made his home at the Open Source Development Labs (OSDL), which merged into The Linux Foundation.

How is Linux operating system used ?

Every version of the Linux operating system manages hardware resources, launches and handles applications, and provides some form of user interface. The enormous development community and wide range of distributions means that a Linux version is available for almost any task, and Linux has penetrated many areas of computing.

For example, Linux has emerged as a popular operating system for web servers such as Apache, as well as for network operations, scientific computing tasks that require huge compute clusters, running databases, desktop/endpoint computing and running mobile devices with OS versions like Android.

Most Linux distros are free….. users do not need to pay for a copy, but this is only one aspect of freedom enjoyed by Linux users! In addition, Linux distros can be freely downloaded and legally installed on as many computers as you want and freely (and legally) given to other people. Because most distros are open source, you have access to the source code and can customize Linux to be whatever you want it to be; you can even create your own distro if you like!Linux is easy to install! In many instances, it is actually easier to install Linux to your computer than Windows.

Linux systems rarely crash, and when they do, the whole system normally does not go down. The “blue screen of death” familiar to Windows users is not a worry for Linux users.

WITH LINUX, YOU HAVE SO MANY CHOICES IN A WIDE VARIETY OF DISTROS :

Linux comes in all sizes and flavors, which offers a wide variety from which to choose the distro which will best suit your needs. Another advantage of this variety is the innovation that is taking place in the Linux world because it is open source.

The most obvious advantage of using Linux is the fact that it is free to obtain, while Microsoft products are available for a hefty and sometimes recurring fee. Microsoft licenses typically are only allowed to be installed on a single computer, whereas a Linux distribution can be installed on any number of computers, without paying a single dime.

The security aspect of Linux is much stronger than that of Windows. Why should you have to spend extra money for virus protection software? The Linux operating system has been around since the early nineties and has managed to stay secure in the realm of widespread viruses, spyware and adware for all these years. Sure, the argument of the Linux desktop not being as widely used is a factor as to why there are no viruses.   if there were a widespread Linux virus released today, there would be hundreds of patches released tomorrow, either by ordinary people that use the operating system or by the distribution maintainers. We wouldn’t need to wait for a patch from a single company like we do with Windows.