Ans: A dead pixel is a defective pixel that remains unlit on an LCD screen, monitor, camera, charge-coupled device or CMOS sensor. The term ?dead pixel? is often erroneously applied to other defective pixels, but they have separate terms. A permanently lit pixel is a hot pixel, and a pixel that stays on a solid colour is a stuck pixel. Dead pixels can also occur in clusters and these are particularly annoying and in most cases these can be sent back to the manufacturer. The majority of dead pixels are only noticeable on a solid colour background, for example through the use of the ?Dead Pixel Checkers? which consist of four-five solid-colour images. 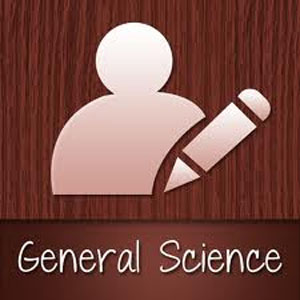 Ans: Palynology is the branch of science dealing with study of decayresistant remains of certain plants and animals. It can be classified as an interdisciplinary science and is a branch of earth science (geology or geological science) and biological science, particularly plant science (botany). The term Palynology was introduced by Hyde and Williams in 1944, on the basis of the Greek words paluno meaning to sprinkle and pale meaning dust.

3. What is electric fog?

Ans: The Hutchison effect is a widely contested effect. It?s related to the electric fog. Nobody but its founder has seen it and he hasn?t been able to replicate the experiment in front of any scientist. An electric fog is said to cling to metals and slowly eat into it.

4. What is no-till farming?

Ans: No-till farming is a cultivation technique of planting crops in previously unprepared soil or piece of land by opening a narrow slot, trench or band only of sufficient width and depth to obtain proper seed coverage. It requires no other preparation as required in conventional farming. Widely accepted in England and Europe, this soil conservation technique is also known as conservation tillage or zero tillage.

5. What is bio-sensor technology?

Ans: Bio-sensor technology utilizes enzymes and antibodies to identify sugars and proteins in body fluids, contaminating agents in air and gases in air. Commercially, it?s most popular avatar is the blood glucose bio-sensor which uses an enzyme to break down blood glucose. Thai scientists have almost developed a technology which uses bio-sensors to detect tuberculosis.

6. What is hyperbaric oxygen?

Ans: It is oxygen at a pressure that is above 1 atmosphere, also called high-pressure oxygen. Breathing hyperbaric oxygen to enhance the effectiveness of radiation therapy is being studied. In this procedure, a person breathes oxygen under greater atmospheric pressure in a special chamber. Once, it was thought to be a potential treatment for decompression sickness and air embolism.

7. What are spiral waves?

Ans: A wave rotating in two dimensions is called a spiral wave because of its shape. There is a mathematical theory for waves in negative viscosity media. This theory predicts spiraling waves. Spiral waves have been demonstrated experimentally in a variety of biological and non-biological systems (heart, brain, retina, various social amoeba, and auto-catalytic chemical reactions). The heart muscle is actually three-dimensional. The waves in 3-D are said to be ?scroll waves?.

8. What is the Hutchison effect?

Ans: The Hutchison Effect is a collection of phenomena discovered accidentally by John Hutchison during attempts to study the longitudinal waves of Tesla in 1979. The list includes levitation of heavy objects; fusion of dissimilar materials such as metal and wood; anomalous heating of metals without burning adjacent material; spontaneous fracturing of metals; changes in the crystalline structure and disappearance of metal samples. Hutchison and his supporters surmise that these phenomena arise from zero-point energy or the Casimir Effect. John Hutchison has not been able to replicate it on demand.

Ans: Bsx refers to the brain specific homeobox transcription factor, a gene mutation which causes people to fidget more, which experts believe also helps them in losing weight. They also believe that the sluggishness caused by the absence of the gene mutation can explain why they gain weight.

10. What is fringe science?

Ans: Fringe science may be a field of enquiry which is not yet considered a real science. It is also known as a proto-science. The phrase is used to describe scientific enquiry in an established field of study that departs significantly from mainstream theories. Fringe science is also used to describe unusual theories and models of discovery which have their basis in established scientific principles.